To My Fellow Democrats 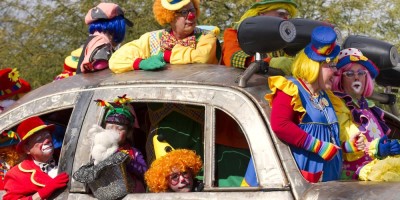 This election SUCKED. No, really.  It sucked BAD. I have seen so many posts of people crying, feeling lost, and feeling worried for friends, family, and strangers, and I’ve also seen a lot of hate and vitriol coming from both sides.[footnote]Y’all cut that shit out, m’kay?[/footnote]  I’ve also seen a lot of Hillary supporters trying to figure out what is going to happen and what the hell to do next, so let’s talk, shall we?

First up, Donald Trump is the next President, and there ain’t jack shit we can do about it.[footnote] 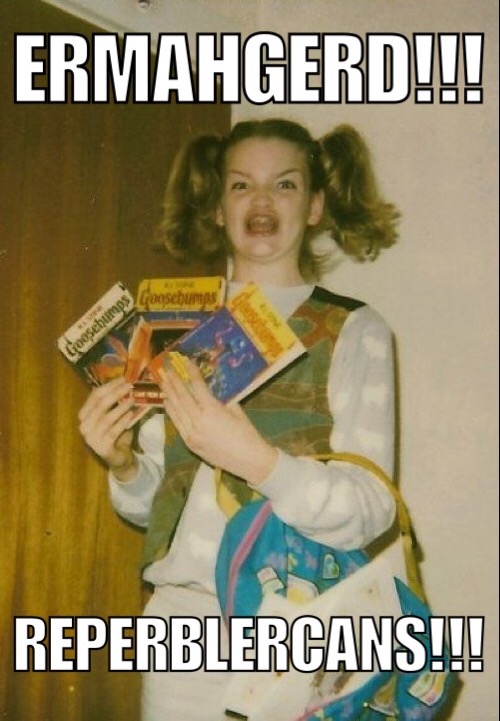 [/footnote]  Plus, if we did do something about it, we would then have President Pence.  Personally, I’d rather roll the dice with a batshit crazy Donald than with the man carved from cheddar cheese who thinks you can convert the gay away, and has nightmares about LGBTQ* people making him eat candy that turns him gay.

Time for a a reality check on “The Donald”.  He’s a creeper. Big-league.  Don’t take your daughters to tour the White House if he’s in town. There’s been plenty written on all the terrible things about him. I don’t see much use in beating that dead horse, because as I said above, he is the next President, and there ain’t jack shit we can do about it.[footnote]Unfortunately we can’t protest him away either.[/footnote] But how about if we see if there are a few spots here and there that we can polish on that turd? After all, we have to look at him for four more years. There’s no polishing the whole turd, just a couple of spots here and there. Maybe we can make it look like an abstract art piece instead of a dried dog turd on the carpet. 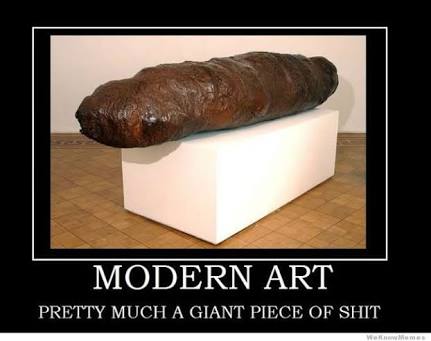 I have a theory about him that may or may not play out, but hear me out on this one: He’s not quite as batshit crazy as you think.  Remember, this dude was a registered Democrat from 2001 – 2009. I think the persona we all saw beginning with the trip down the elevator until he was declared the winner was his “fighter” face. He would do anything and say anything to win, regardless of whether he believed it or not. He eviscerated 16 other Republicans through the primaries, but after they were off the stage, he made nice with most of them. Then in his victory speech, he was actually graceful in reference to Hillary. He sounded like a completely normal person in the meetings with Obama, Ryan, and McConnell.  [footnote]He’s still got a healthy dose of batshit crazy though.[/footnote] His scheduled 10-15 minute one-on-one meeting with Obama went on for 90 minutes. Maybe that had a little to do with the more presidential look and feel (a.k.a. “Holy shit! WTF did I just get myself into?”).

We all heard him going on and on about “making great deals” – the best deals, in fact. Yeah, there’s a lot of bluster there, but…he did manage to work out a few good deals in the course of his real estate business. Maybe he actually can make some deals in congress. It’s the one (and only) area that I actually have hope for with him. He’s a social guy that wants everyone to like him. He will do a lot more direct engagement with legislators, as he loves to entertain guests. That will be a uniquely new aspect he brings to the office.

Do you see any other spots to polish on that turd?

Let’s examine some of the horrible chaos he is going to bring down upon us like a plague. But first, let me tell you a little story…

Once upon a time, a long, long time ago in 2008, the Republicans were the minority party in the Senate. It was next to impossible to get a damn thing done because they were hell on wheels with filibusters (See chart). 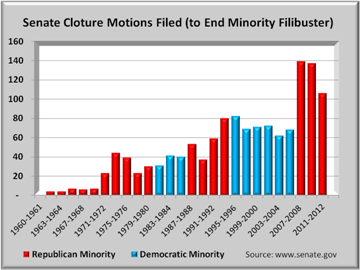 Everyone talked about changing the rules because it was so bad, and at one point Harry Reid used “the nuclear option” to get a bunch of the President’s appointments though. Thankfully, the rules were not changed. What goes around comes around, and karma’s a bitch.  They will now need 60 votes to get anything through the Senate, and they only have 51 Senate seats now.  There will have to be some deal making along the way for any legislation to make it to Trump’s desk.  In other words, relax a little. Control does not mean absolute control.

And they all lived happily in gridlock ever after…

About all those horrible things he’s going to do:

Nope.  Not going to happen. There will be no special prosecutor. That was all part of the game of winning for him, and that’s why he said what he said after Hillary conceded. The most revealing moment on this topic was when The Wall Street Journal interviewed him Friday and asked if he was going to appoint a special prosecutor to investigate Clinton: “It’s not something I’ve given a lot of thought”[footnote]Ummm…I thought about it when I said it and people loved it, so I kept saying it without any thought?[/footnote]  Plus, Obama will most likely give her a pardon on his way out the door as a CYA.

This is one of many disturbing things he proposed, and it, in fact, will never happen. Just today when he was with McConnell, this happened:

We’ve gone from full ban, to only certain countries, to…nothing.  Oh, and there’s that little issue about the First Amendment that prohibits him from banning Muslims. He’s going to run away from this like the plague. Believe me.

So we are getting a Scalia replacement. Or at least that what he says. You really don’t know what you get in a justice until they rule on a couple of things.[footnote]Can you say Anthony Kennedy? Good.  I knew you could.[/footnote]  This basically resets the court to where we were a year ago, so continue to pray for the good health of the Notorious RBG and the other 3 liberal justices so they can make it another four years…or three I guess, since the GOP decided presidents can no longer appoint a justice after three years (AMIRITE? AMIRITE?)

SCOTUS is hearing a case on it in the next session, and that will be the final word on that. Trump publicly took issue with North Carolina’s bathroom law and said he didn’t care what bathroom people use.

Senate. Schumer. Filibuster. It will end up being amended. The insurers don’t want it repealed, they want it amended, and guess what? I hear money still talks in DC where Congress is concerned. And the Trump winds changed again on Friday when he said “Either Obamacare will be amended, or repealed and replaced,” in an interview with the Wall Street Journal.

They will upgrade some fencing and add some in some places for a photo op, but there ain’t no way in hell they are building it all the way across in areas where people can’t even get to. He will pivot and talk about how electronic sensors and cameras make for a beautiful virtual wall. (Which is what we have now.  Duh.) Oh, and Mexico will not be paying a dime for it.

Now this is where there’s some real stuff to worry about, because the dreamers are all registered and out of the shadows by Executive Order. He can erase that on day one and ICE has all their names and addresses. BUT, my bet is Congress will push for comprehensive immigration reform, which gives him the opening to say he’s going to give Congress a chance to work it out first so everyone is “treated humanely”. Congress will either fix it, or he will hide behind their refusal to change things, which prevents him from doing things “humanely”.  Or he will be a supreme dick and rip people apart.

So there’s my take on how some things could go.  You can extrapolate from those items how other things might go.

But dammit, you are madder than hell, hurt, depressed, and you aren’t going to just sit there and watch this happen!

You are going to find your elected officials, and you are going to add their email address to your contacts and fire off an email on every single issue you care about. Some of his ideas needs to be stopped in their tracks. Then you are going to find your state DNC office, email them, and ask how you can help so this shit doesn’t happen again. You are going to dedicate at least one day (preferably more) to make a difference and help with a voter registration drive, making phone calls, knocking on doors, or doing something other than watching cat videos. When people get off their asses and get others involved and drag them to the polls, we win. Every single election comes down to one thing:  turnout.

The 2018 midterms look scary for Democrats in the Senate. There are 23 Democrats and 2 independents who caucus with the Democrats and 8 Republicans with seats up.  10 of those 23 are going to be tough races, and most of the Republican seats are fairly safe. 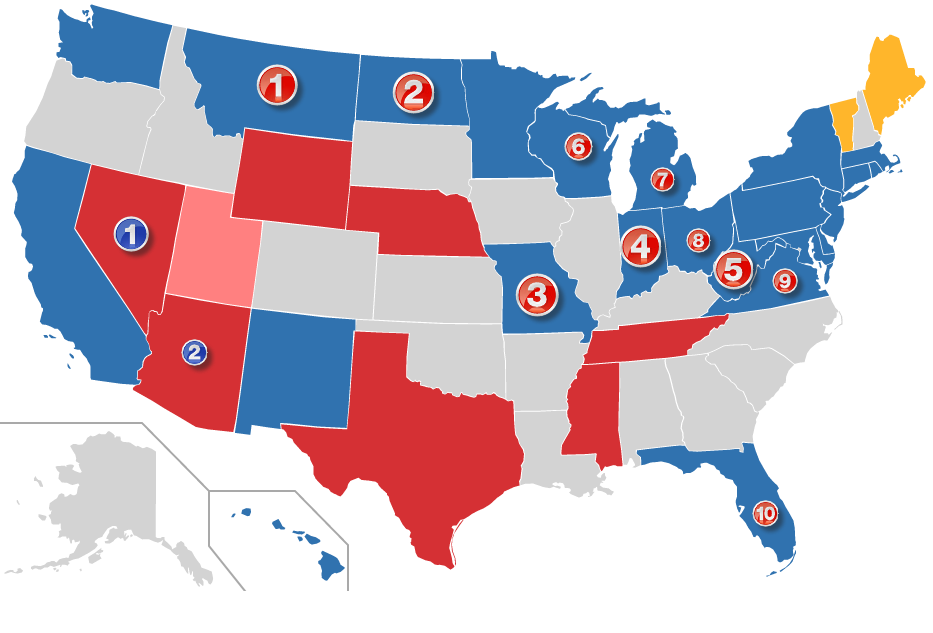 If you want to at a minimum keep what we already have, it’s time for all hands on deck. Yeah.  Two years out. Until someone gets the money out of the system, we are in a permanent election cycle.

But here’s the real thing to pay attention to – if you live in a state with a Republican controlled legislature and/or governor, you need to bust your ass to help turn it blue. In 2020, we get a new Census. That is when new congressional districts will be drawn.

Who do you want to draw that map?