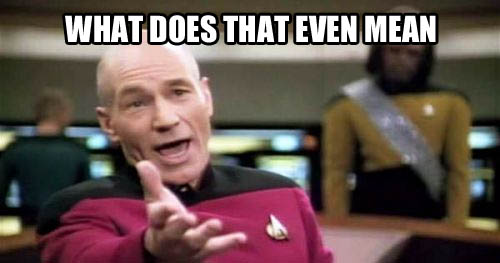 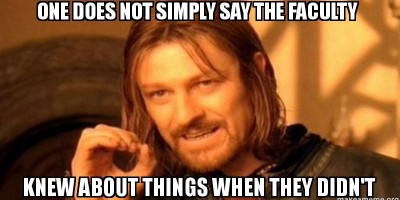 Ever have one of those days where you feel like you wrote and wrote for several months, and a year later, nobody remembers what you said?[footnote]Except for Deanette Rogers, who demonstrated total memory recall in a Facebook comment I read.[/footnote]

That was me today.

Something baffling happened this week.  Inside Higher Ed published an article titled Sweet Briar’s Incomplete Recovery, which led with the news that Sweet Briar had only taken 125 deposits for next fall, missing the administration’s goal of 200 deposits. The article went on to talk about many possible things that could go wrong, and there was little to no mention of what’s been going right.  This, quite predictably, brought out all the naysayers…again.[footnote]

[/footnote]  Many were the same obno anonymous screen names who like to  make disparaging remarks about the management of the College and its resources and the opposition to the decision to close the College.[footnote]Careful! Better be sure you don’t out yourself and blow your anonymity!

Clueless?  Read Paragraph 13 [/footnote]   But what baffled me was the article, which has a rather negative tone, was the first public mention of those numbers.  I was fully expecting the deposit numbers to come out as an official release from the college, along with an explanation of what they meant.  I’ve been sitting on them for nearly a week since I didn’t want to steal their thunder, and there is definitely thunder here!

What does it mean that they only got 125 deposits?

The main thing it means is they set a goal that was too high. 125 is right on target with what I was expecting, along with several other people.  Here are some fun facts to put it into perspective:

125 new students is equivalent to: 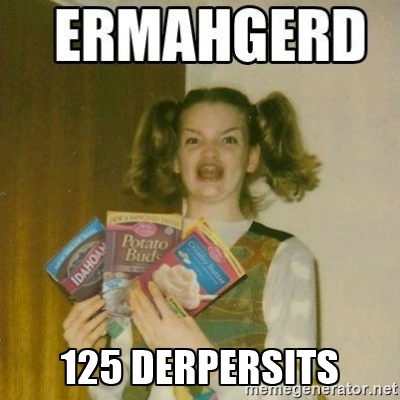 Why did I think 125 would be where things came in? Revisionist history? Did I use my telepathetic powers?  Nope. If you recall, Professor Dan Gottlieb did a tad bit of analytical work on the matter a while back.  It included this handy graph (make particular note of the bottom line for first year students): 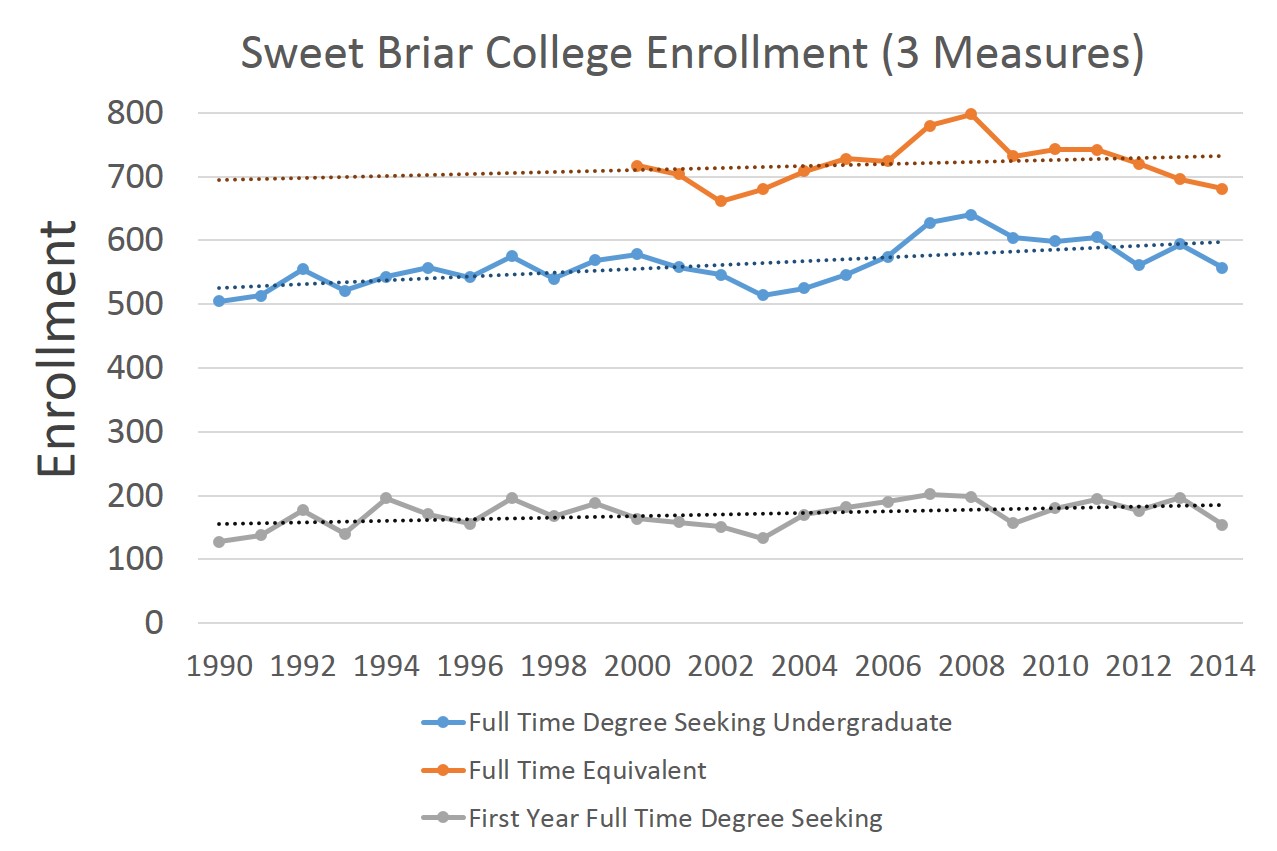 A first year class target of 200 was a goal in line with matching all-time highs. It was unlikely to happen this year, but would have been awesome if it had.  Considering where they started in the recruitment cycle, and the surrounding circumstances, 125 is a damn fine number, and they will continue to try to improve on it over the next 60 days.

Back at the beginning of July 2015, there was no student body at all.  Zero. Phil Stone walked into a nightmare, as did the admissions office.  Graduating high school seniors had already made deposits elsewhere.  The train was in motion, and it had left the station without them. The college was able to hang on to those students who were dead set on going to Sweet Briar, as well as those who could not afford to leave because they would not be able to finish their degrees on time, or could not find a comparable financial aid package.

Exacerbating the recruitment problem, many rising high school seniors (class of 2016) had already done one important thing: they had already made most of their college visits.  A lot of people start college visits in the second semester of their junior year and continue doing them through the summer.  By the time Sweet Briar was ready and equipped for visitors, summer was gone and done.  The closure announcement threw a big nasty wrench in what is a multi-year recruitment cycle.  If you want to attract students to a college, you have to start early, and by that I mean like in 9th grade.  Recruitment is a very long term venture.

It is important to recognize that 2015-2016 at Sweet Briar was not a rebuilding year.  It was a survival year. 2016-2017 is when the rebuilding starts.  It will be the first year in a 4 year rebuilding cycle. Each year will bring a new freshman class, and with each new year, the goal will be for the size of the incoming class to exceed the previous one.  Which leads leads me up to a technical question:

The stated goal for this year was 200 students, and the overall goal is 800 students. Are those numbers (one or both) headcount or FTE numbers? 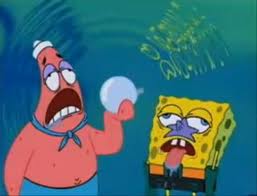 The Orb of Confusion

For a refresher course on what FTE means, you can read Dan’s post which explains it in great detail, or just accept this TL;DR version:

We know the 125 deposits currently represent a headcount number, as the college doesn’t know how many credit hours all of those students will take until classes start this fall, but once they are enrolled in classes, it will turn into a different (most likely higher) FTE number.

If the 800 is a FTE number, the actual headcount will be a smaller number.  BUT – if 800 is a headcount goal, well…that creates another problem: 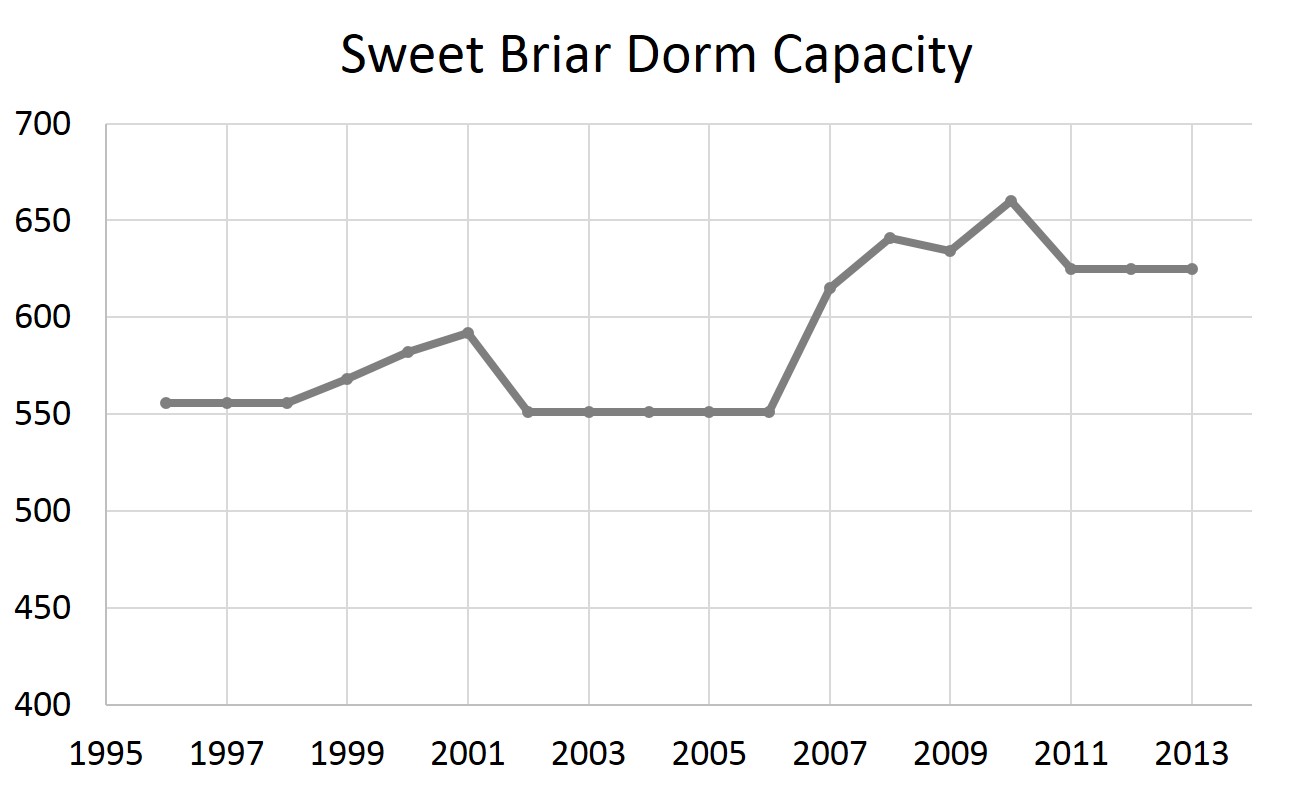 Anyone got an extra dorm laying around somewhere? Or maybe a cousin in construction who can reconfigure a bunch of interior walls?  One way or another, if they start getting a headcount of 200+ each year, someone’s got to solve a bed problem by 2019.

UPDATE (12:25 pm): Teresa Tomlinson, chair of the board, confirmed that these numbers were not intended to be released at this time. There have been additional commitments above the 125 number. That number also does not include international students. The college anticipates having a record number of transfer students as well. Official numbers will be released July 1.