Rebuilding Sweet Briar – How I Would Do It 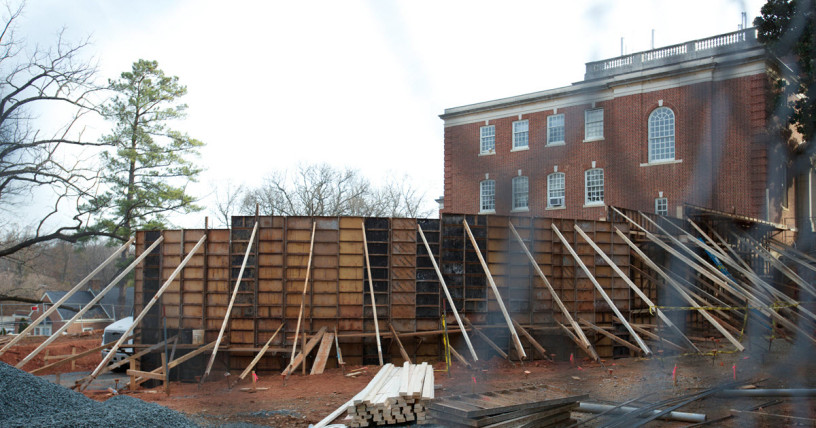 Anyone following the Sweet Briar saga on social media knows that one of the hot discussion topics is how things will look going forward if the Virginia Supreme Court or Judge Updike appoints a fiduciary to appoint a new board and hire a new president.  If I were that fiduciary, this is how I would do it:

The first step is to establish a board of directors, as there has to be a governing body.  I would immediately install an interim board. Key word: interim. All members would have one year terms. The word online is some people have already been asked and vetted, but I have no confirmation of that.  I would hope that is the case though, as I would need a panel of skilled and talented experts in many areas immediately at my disposal.  From all of my interactions with the community, there are a few people I would reach out to and ask to be on the board, starting with Dan Gottlieb, as nobody understands how we got here better than he does.

“Those who cannot remember the past are condemned to repeat it.” – George Santayana

I would also try to get Richard Leslie back on the board, as his resignation letter clearly showed he saw major problems developing well before they turned into the problems they are now. He also has deep experience in sales and marketing, an area that many know was neglected and led to the decline in enrollment.

The second order of business would be for the board to adopt a new set of bylaws. If there is one lesson to be learned here, it is an insular board lacking in transparency can be disastrous.  There need to be provisions for a larger swath of people to have input on the composition of the board.  Hand in hand with this would be the posting of the bylaws for all to see on the college’s website[footnote]Can you say “Transparency” boys and girls?  Good.  I knew you could.[/footnote], and an online form for submitting suggestions for board members[footnote]Engaging stakeholders in determining governance.  What a novel idea![/footnote].  I would also add a provision that only an alumna could serve as chair of the board.  Sure, there are a multitude of men qualified to serve as Chair, and I’m sure many have since the college was founded.  My view is that Sweet Briar prides itself on graduating confident women who are empowered to go out into the world and be great leaders. Teresa Tomlinson is a testament to that. In my book, it is best to lead by example, and from my experiences with many alumnae in this effort to keep the college open, I can assure the world that there is no shortage of alumnae qualified to fill the role as chairwoman of the board.

The third order of business would be to hire an acting president, since “acting” is the actual term used in the bylaws[footnote]Props to Allen Rose for noting “interim” is not a title conferred under the bylaws[/footnote].  This is where I would turn to the board, and yes, the dreaded “C” word – consultants.  There has been a lot of online chatter about getting Linda Flaherty-Goldsmith, the expert who testified in Ellen Bowyer’s case on her experience with helping to turn around Birmingham-Southern, to be the next president.  I’ve done some research on her, and I think she could certainly do the job.  However, I’m not sure that would be the best way to utilize her.  I would be inclined to use her in the exact same capacity Birmingham-Southern did. Her primary area of focus was on the finance and development side of the turn around, and that is what she has done for her consulting business for many, many years.  With this being such a critical component, my concern would be the distractions of actually running the college as president would dampen the effect she could have on the development side of things. The president has to deal with a tremendous number of things from overseeing the entire administration to dealing with faculty politics.   The president she worked with to successfully turn around Birmingham-Southern, General Chuck Krulak, just retired.  It would be an extremely attractive concept to try to reunite the two prime players in that turn around and have them do it again.  But, that would be a decision for the board to evaluate and make the final call on.

Many people talk about what “Sweet Briar 2.0” will look like. From everything I have read and heard from everyone, I’m thinking it is not time to jump to 2.0.  You definitely don’t want to have a Windows 7 to Windows 8, or Coke to New Coke, rebellion straight out of the gate.  I think what is needed is a lower level update – maybe Sweet Briar 1.8. The things that make Sweet Briar what it is – the small class sizes, the many fields of study, the engineering program, and the riding program were working as intended.  Governance, recruitment, marketing, and development were the components that were broken.  Fix the incoming revenue stream and everything else will fall back into place.

UPDATE (7:39pm CDT): that is not meant in any way to be a slight against the ABC 2.0 groups, as they have done a tremendous amount of work consolidating ideas.  My point is we don’t need to jump straight into launching a new version of the college.

Once those things are done, the job of fiduciary would be reduced to an oversight role.  All that would be required is reporting back to the court until such point as the court deems the college to be back on track, and no longer in need of a court looking over its shoulder.  That is a task best left to stakeholders anyway, and a hell of a lot more stakeholders are paying attention now than ever before in Sweet Briar’s history.  I think she will get along just fine once the windows to boardroom are washed.

At that point, Indiana Fletcher Williams can once again smile as she looks down upon her legacy.